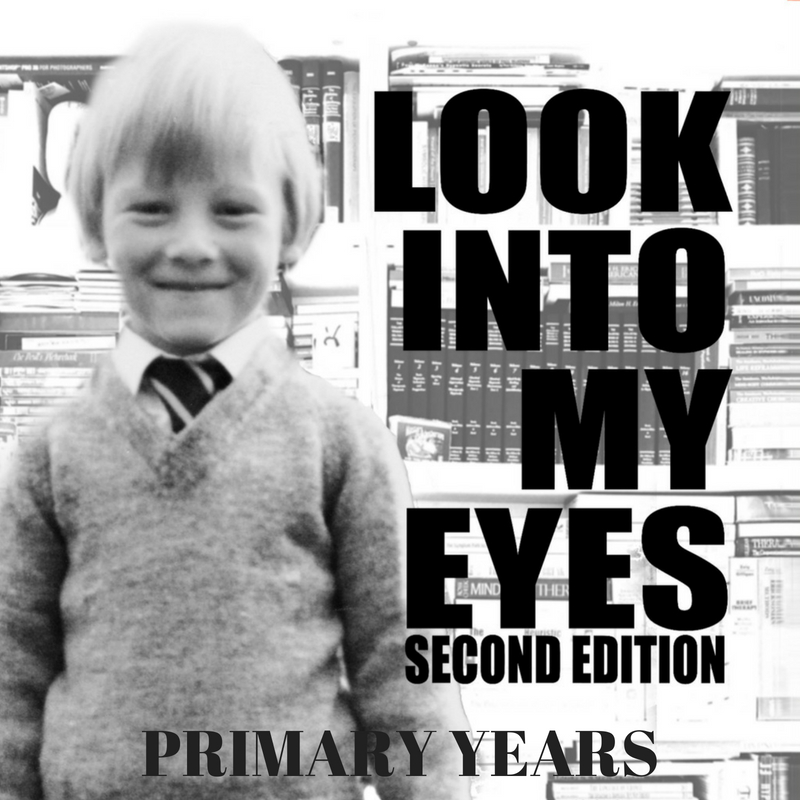 At about eight years of age, I found a book that had a profound influence on me – The Magic of Thinking Big. This was a book I found lying around the house one day, and as a small child who loved magic, seeing a book with ‘Big’ and ‘Magic’ both written in the title was enough to make me want to know what it was about. The book taught me that you can achieve almost anything; you just have to plan and put in effort.

I learnt an incredible amount between the age of eight and ten – it has helped me immensely. The next significant learning wasn’t until I was 13, when I discovered hypnosis. As well as discovering The Magic of Thinking Big, I also lived in an environment that allowed me to spend a lot of time in the woods – or at least outside, with nature. I used to spend much of my time sitting in trees. I found life at home often stressful and noisy, and I wanted to escape, so I would go into the woods. I would find a tree, climb up high, and sit on a branch with my eyes closed, just listening.

In the tree I would focus my attention on the sounds of birds. I would try to locate where they were by focusing on individual sounds. I would focus on the sounds of the rustling leaves and try to notice each individual one, trying to break the sound down and see how it was formed. As an eight-year-old, I had never heard of meditation, but I had discovered meditation for myself. Sitting in a tree doing this helped me to feel calm; it helped to shut out the ’noise’. I think I was lucky having the opportunity to grow up in the countryside rather than in a town during this period of my life. Warningcamp became a place I would call home as a child – and still think of as home now.

Having a mum who was a riding instructor also gave me the opportunity to be around horses for all of my childhood. Mum has always told me I seemed to have a natural talent for horse-riding. I think I just feel a closer connection to animals than I do to people. Animals don’t expect me to try to communicate with them verbally – they don’t communicate with multiple messages, like people do. Most animals communicate very simply. People can say one thing and mean something else, and then when you don’t understand that they meant something else, they get annoyed or they tell you that you are stupid for not realising or understanding. On the other hand, an animal will just communicate one message at a time.

I used to have no problem getting on to any horse and riding it – horses seemed to trust me, as I did them. That doesn’t mean I thought they would never hurt me, but what I trusted was that they would be clear with their messages, and that I would understand them. Most wild animals, and many other animals, don’t demand my attention. I like being in nature, just observing, rather than needing to play with the animals. I love observing and learning, and it was this mindset which helped me to discover meditation sitting in the trees. All I was trying to do was to observe and learn. In the same way that someone parking a car may turn the music down to help them park, I closed my eyes to help me hear and focus.

During these early years, I started to become aware of patterns. I don’t know whether I had always liked patterns, but I was becoming more self-aware and so becoming more aware of what I liked and didn’t like. I seemed to have an ability to guess well with competitions like ‘how many coins are in the jar’. At a country fair, when I was about eight, I guessed the number of coins in a jar and got it correct. During the summer holidays when I was nine or ten, myself – along with many other children from the two primary schools in Arundel – painted a mural of different animals. On the last day, we were told to guess how many animals were on the mural, and the person who guessed closest would win a prize to be presented by the Mayor of Arundel. I guessed closest – just one number out.

Many of my lifelong interests started between the ages of five and ten. I have always been confused by people changing tastes and interests as they grow up. My view is that if you like something, why would you one day not like it? Between five and ten, I developed an interest in the music of Elvis Presley; I discovered books that taught me things, rather than just being stories; and I started meditating, although I didn’t know it was meditation at the time. I also became aware of some of my habits which would sometimes get me in trouble.

If I heard tunes or sounds, I would make the same sound myself, usually whistling it. I would copy words or phrases that people said which, for some reason, resonated in my mind when I heard them. What’s more, I would often copy them in a replication of the person’s voice. I didn’t realise that mimicking people could offend them – it would just happen automatically. I didn’t even realise I was mimicking them. And when I became aware I was saying or doing something, like whistling or saying a phrase in a specific way, I didn’t normally know where it came from or why I was saying it – it would just happen.

I would find myself mimicking accents and speech patterns that seemed to resonate with me. The best way to avoid offending people was to avoid people, to try and keep my mouth shut, and to keep what went through my head in my head. This was never easy, as most of what I would do would just happen. Often others would point out to me what I was doing, and I found it very difficult to stop something when I didn’t notice myself doing it.